Medications are no longer one size fits all.  Pharmacogenomics is an area of study that reveal how genes affect an individual’s response to medications.  This area of study allows for precision/personalized medicine.  To learn more about this cutting edge science, click on the links below.

Happy Hanukkah to my Jewish friends and colleagues! I am very grateful for my Jewish brothers and sisters as a Christian with faith centered in Jesus Christ.

As a diabetes educator and clinical pharmacist, insulin access and affordability is near and dear to me.  Earlier today, I was teaching in my diabetes elective discussing the psychosocial and financial challenges associated with living with diabetes. Access to diabetes medications especially insulin is at the forefront of these challenges.   Twice within the last week, I have switched brands of insulin to Walmart Relion brand insulin in order for patients to afford the insulin that they desperately needed.  Endocrine Society has recently released position statement centered on addressing changes needed in both policy and practice to improved access to affordable insulin.   Click on link below to learn more about this position statement. 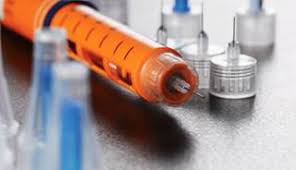 So we know that Type 2 diabetes tends to be labelled as a broad type of diabetes yet at it looks quite different person to person. Dr. Mechanick, one  author of the position statement from AACE and ACE, describes Type 2 diabetes as a spectrum of dysglycemia based chronic disease beginning as with insulin resistance with potential to become disease with vascular complications (such as retinopathy and neuropathy). Click below to learn more about this spectrum.

Well, we are getting close to the end of the week in a very busy season. Take a moment to grab a cup of coffee or tea, get in a comfy chair and read the latest blog, Why Not Diabetic? Person Not the Disease, from Reece’s Pieces in a Diabetes World.

Part I: Why Not Diabetic? Person Not the Disease

Honestly, I was a bit ignorant, prior to reading the paper “Use of Language in Diabetes Care and Education” that the term “diabetic” was simply incorrect to use. In my thinking, it was simply semantics. Boy was I mistaken! I became acutely aware of just how wrong it was when I posted a picture of Meg (after getting permission) on my social media page proudly wearing her “I am diabetic” t-shirt. Meg is a person with diabetes with whom I work closely as her diabetes educator. Meg has really struggled to embrace the diagnosis of diabetes so wearing this particularly t-shirt was her way of displaying she accepted the diagnosis. I was sharply scolded by fellow diabetes educators. Lesson learned that I will not post pictures displaying “diabetic” nor use the term, “diabetic,” while respecting Meg’s right to use terminology that she is most comfortable.

So why not diabetic? In basic terms, diabetic labels a person by the disease rather than as a person who happens to have diabetes. The disease, diabetes, is placed first rather than the person. Diabetic also creates a sense of disability as if something is wrong with the “diabetic” person. We know that this certainly not true. Which sounds more negative, diabetic or person with diabetes? Okay, it is pretty obvious that person with diabetes is more positive. Having provided care, education and support for persons with diabetes for a number of years now, I can greatly appreciate the energy and commitment it takes to live with this condition, and the numerous considerations that are made daily in self-managing this condition. So creating opportunities for a positive perspective is vital. Back to Meg, she certainly is defined by more than the disease of diabetes rather her identity as a wife, mother, daughter, and sister far greater than any disease.

Today is Giving Tuesday.  What a wonderful day to give to positively impact those living with diabetes!  It is a great time to make a financial donation to organizations with a focus on diabetes. Some of my favorite diabetes organizations are AADE Education and Research Foundation (diabeteseducator.org/foundation), Diabetes Sisters (diabetessisters.org) and JDRF (jdrf.org) .    Please take a moment to give as no amount is too small.  Thank you for giving.

Christmas season has begun with all of the excitement, stress, depression or numerous other emotions that you may feel during this time.  Bottom line even in the joy or grieving (especially if it your “first” Christmas without a special loved one or friend) of the season it is so easy to forget to take care of yourself.  One of the self management behaviors (aka ways to take care of yourself) of diabetes is taking medications.  A couple of medication tips: 1) utilize a reminder system such as a pill box or reminder app on smart phone to make sure that you take your medicine each day, and 2) when traveling, make to pack medications in your carry on luggage rather than you packed bags.

On this special day of gratitude and thanksgiving, I challenge you to make a gratitude list daily of 3 -5 things/people for which you are thankful.  I began this habit a couple of months ago when a very kind student, Freddi, gave me the gift of a gratitude journal.  This has transformed my daily perspective and attitude (yes, even on bad days) and it could change yours as well.  I wish each of you a very Happy Thanksgiving. 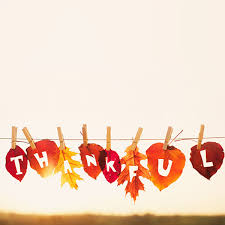 It is Thanksgiving Eve.  I am excited about running a Turkey Trot 5K bright and early in the morning to start the day off right to offset the temptations that I will face later in the day.  Holidays like Thanksgiving can present challenges with food and stress. I read a blog from Adam with DiaTribe on his tips for dealing with food and stress during the holidays earlier today. Adam always provides great tips as he knows how tough it can be as he lives with Type 1 diabetes. Please click below to read Adam’s tips.